From 21 to 31 March, 2019, the “Media Advocate” initiative followed online media reports on the RA Minister of Health, Arsen Torosyan’s personality and activities.

In the specified period, 251 articles were declared, 50 of which were negative, 18 were positive and 183 were neutral.

Arsen Torosyan’s name remains at the center of scandals. The results of the monitoring show that the main part of the negative articles is related to the recent arrest of the deputy minister. According to the news circulating in media and public, Arsen Torosyan, in order to conceal the illegalities, made a report on the employees of the State Control Service (SCS) to the National Security Service (NSS). The public is also convinced that when a high-ranking official takes a bribe, the head of the department simply can not be unaware of that fact. In this case, it relates to the heads of the Ministry of Health and State Control Service. 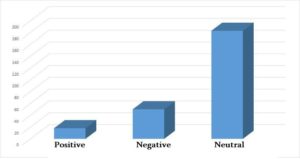