From 11 to 20 March, 2019, the “Media Advocate” initiative followed online media reports on the RA Minister of Health, Arsen Torosyan’s personality and activities.

In the specified period, 315 articles were declared, 84 of which were negative, 7 were positive and 224 were neutral.

The results of the monitoring show the presence of interpersonal and intraparty problems of the “Civil Contract” and “My Step” with Minister Torosyan and the position he has taken up, which gets deeper with the periodic disapproving statements of the Prime Minister. This all is clearly generated in the pro-government and party-owned media: in particular in the media of a former editor-in-chief. Arsen Torosyan’s rating was also influenced by the news on the “reward”. 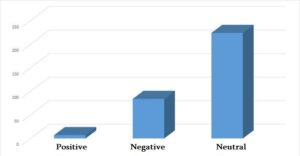