From 13 to 27 June, 2019, the “Media Advocate” initiative followed online media reports on the second President of the Republic of Armenia, Robert Kocharyan’s personality and activities. 35 leading Armenian news agencies have been monitored.

In the specified period, 844 articles were declared, 824 of which were negative, 771 were positive and 1302 were neutral.

A lot of articles have been written on the second president of the Republic of Armenia in the specified 15 days. Negative articles exceed, though there are plenty of positive ones as well. The media field and politicians are divided into two parts: Robert Kocharyan is being criticized by the government representatives and those who support the government: he is being criticized for his previous activities and is being accused of many criminal cases. The most serious problem for the second president is the trial of the March 1 case, according to which he is accused of overthrowing the constitutional order on March 1, 2008. The Kocharian wing represents the military path of the second president: during an interview, the second president himself talked about his achievements, economic growth and poverty reduction.

The meeting of Robert Kocharyan and the RF Ambassador also gave rise to many discussions. Robert Kocharyan’s supporters have described this as support of RF President Vladimir Putin and representatives of the authorities perceived it as interference in the domestic affairs. After, a meeting was held between the representatives of the Armenian Foreign Ministry and the Russian Embassy. Russian political scientist Kolerov said in one of his interviews that Putin personally supported Kocharyan.

It is noteworthy that before Robert Kocharyan’s detention, the negative articles twice exceeded the number of positive articles, and after the arrest, the government press immediately stopped the publication of negative articles. Thus, the struggle is going on using the media for their own interests. 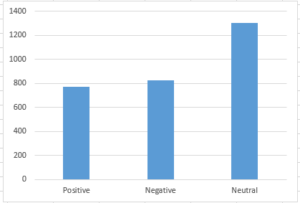