From 1 to 10 July, 2019, the “Media Advocate” initiative followed online media reports on the wife of the Prime Minister of the Republic of Armenia, Anna Hakobyan’s personality and activities.

In the specified period, 531 articles were declared, 42 of which were negative, 25 were positive and 464 were neutral.

The wife of the Prime Minister of the Republic of Armenia, Mrs. Anna Hakobyan gradually tries to improve the situation in the media field. In the past ten-day period, positive articles have increased, despite the fact that negative articles continue to prevail and relate to various issues. Anna Hakobyan and Nikol Pashinyan’s visit to Singapore was criticized. In particular, the news agencies criticized the photos posted by Anna Hakobyan, noting that all this is not positively perceived if one considers the country’s socio-economic situation.

Lusik Aleksanyan, mother of a soldier Ruben Aleksanyan, who was killed in defensive battles while trying to stop an attempt of diversion-intelligence penetration, said in her speech that she asked Anna Hakobyan for help, but Mrs. Hakobyan left her request unanswered.

Anna Hakobyan was also criticized for distinction between the two Armenian Catholicosate and Catholicoi. Recently, Mrs. Hakobyan met with Catholicos Aram I and published a note. The press notes: “We remember that Anna Hakobyan met with the Supreme Patriarch of All Armenians, but we do not remember such a record. What is this: nation-state mentality, or a devout and smart woman’s step to make use of the high public rating of Aram I “?

As a positive fact, Anna Hakobyan’s preference for Armenian clothing brands is still being considered. News outlets positively assessed Anna Hakobyan’s such kind of a gesture. She also visited children with blood diseases in Hanoi and handed them handmade dolls.

Anna Hakobyan realizes that expressing her opinion on political processes has a negative impact on her and attempts to improve position her in the social-cultural sphere.

There are also critical publications about the foundation. In fact, there is still no positive assessment on the fund. 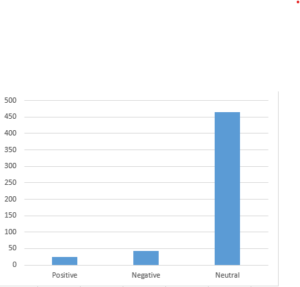