From 1 to 10 July, 2019, the “Media Advocate” initiative followed online media reports on the President of the National Assembly Ararat Mirzoyan’s personality and activities. 35 leading Armenian news agencies have been monitored.

In the specified period, 345 articles were declared, 78 of which were negative, 14 were positive and 253 were neutral.

Speaker of the National Assembly Ararat Mirzoyan is in the center of criticism. Negative articles refer to various issues. There are topics that have nothing to do with politics. In particular, Boris Murazi recalled that the NA Speaker Ararat Mirzoyan, the fact of perceiving the use of marijuana immoral, considered to be a Phariseeism.

Lawyer Karen Zadoyan, in his turn, said: According to the draft amendments to the “Law on the Prevention of Corruption”, the mechanisms for nominating candidates for the coalition, commission member and president are “strictly pro-governmental”. According to Karen Zadoyan, it would be good if Ararat Mirzoyan showed a reasonable approach and called back the project. Ararat Mirzoyan, in turn, replied that they can not recall the entire project at the request of a single NGO.

The news outlets note that Ararat Mirzoyan has recently checked in at one of the airports before approaching the plane. News outlets recalled Ara Babloyan who happened to be in the same situation and the oppositionists at that time actively discussed the case and added: “Today, there is no news from the “velvetists”, no word is heard about Ararat Mirzoyan’s geopolitical “failures”, who in fact wears his coat with the help of others and undresses himself.

Opposition activists were protesting near Baghramyan 26, activists popped balloons on which one could find the pictures of politicians, who they were dissatisfied with. On one of those baloon was Ararat Mirzoyan’s picture. 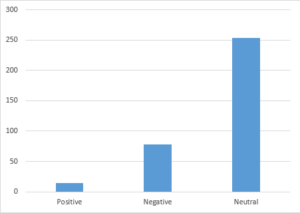