From 1 to 10 July, 2019, the “Media Advocate” initiative followed online media reports on the Member of the National Assembly of the Republic of Armenia, Gagik Tsarukyan’s personality and activities.

In the specified period, 208 articles were declared, 26 of which were negative, 40 were positive and 142 were neutral.

During this ten-day period Gagik Tsarukyan’s political team managed to form a positive image for the MP in the media field. The deputy has received a positive assessment due to his relations with Belarus. The news outlets say that Armenian-Belarusian positive relations are largely conditioned by friendly relations between Gagik Tsarukyan and Alexander Lukashenko. Gagik Tsarukyan has also continued his social programs. The parents of hundreds of soldiers from Ashtarak, Yeghvard, and neighboring villages had the opportunity to visit their sons in Artsakh.

Most of the negative articles continue to refer to the incident between Gagik Tsarukyan and the journalists. The MPs urged Tsarukyan to apologize, and the chairman of the “Freedom of Speech Committee” Ashot Melikyan said that when speaking to journalists, the MP should not use informal speech and appeal to the journalists saying “hey girl”.

After Abovyan elections, passions have not calmed down. Marzpet (regional governor) Romanos Petrosyan noted that Gagik Tsarukyan and another member of the Prosperous Armenia Party (PAP), Eduard Babayan, are tho ones who hinder his work.

There is also a social issue. Vahan Teryan’s grandson, Grigor Emin-Teryan, claims that he had appealed to Gagik Tsarukyan several years ago and asked for the renovation of Vahan Teryan’s house and added that the deputy promised that he would help with the issue, but the question remained unanswered.

In fact, positive articles on Tsarukyan are not formed by political activity but by business contacts and social programs. Tsarukyan does not have problems within the team, but the conflict with the Kotayk Marzpet seems to remain hot. Problems with the journalists remain unsolved as well.

“Media Advocate” initiative once again urges Mr. Tsarukyan to be more tolerant towards journalists, not to insult their professional work and not to go beyond the limits of good manners. 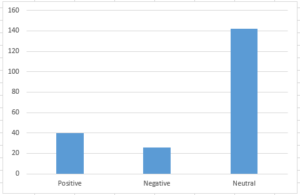