From 21 to 30 June, 2019, the “Media Advocate” initiative followed online media reports on the Vice-president of the National Assembly of the Republic of Armenia, Alen Simonyan’s personality and activities.

In the specified period, 182 articles were declared, 29 of which were negative, and 153 were neutral.

There are not any positive articles on the NA Vice Speaker Alen Simonyan during this ten-day period: negative articles relate to various issues. Media outlets blamed Alen Simonyans for repeating Hassanov’s words, according to which Armenia was the losing side in the April 2016 war.

According to publications, there are disagreements between Hayk Sargsyan and Alen Simonyan. News agencies report that two MPs are fighting with each other for their business interests. Alen Simonyan’s speech at the National Assembly has also been criticized: he introduced Russia as an occupant state. Experts urge Alen Simonyan to realize how serious his position is, so as he is restrained in his expressions.

Alen Simonyan is currently in the internal intrigues, and one may conclude that he is a bit passive in the field of political activity. Considering the media publications, Hayk Sargsyan-Alen Simonyan’s internal conflict will have a further continuation as an opinion is being circulated in the public that Hayk Sargsyan was the main organizer of street protests against the changes in the law on bookmaking companies authored by Alen Simonyan. 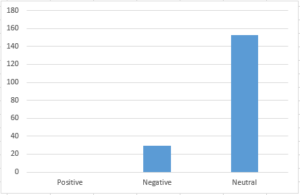