From 11 to 20 June, 2019, the “Media Advocate” initiative followed online media reports on the Minister Arayik Harutyunyan’s personality and activities. 35 leading Armenian news agencies have been monitored.

In the specified period, 337 articles were declared, 54 of which were negative, 15 were positive and 268 were neutral.

The minister continues to be criticized by the media. Arayik Harutyunyan is again blamed for having personal ties with this or that rector. In particular, Gagik Hambaryan a  lecturer of Shirak State University insists that SSU rector, Sahak Minasyan, has carried out illegalities and adds that Minasyan, using his personal ties with Arayik Harutyunyan, makes illegal decisions. In general, the discussions on the university are quite tense. The administration of the university has made a bitter response to Arayik Harutyunyan against the dissolution of the SSU and raising of the issue at the National Assembly.

The media outlets claim that Arayik Harutyunyan has ties with the Open Society Foundation and, according some reports, Arayik Harutyunyan may leave his office because of it. According to the media, this explains the reason why Arayik Harutyunyan received enough for passing but fewer votes during the elections of the board of the CC party.

According to the press release, “Young scientists are facing problems: postponements are not provided to them. Today, nine of them went to the Ministry of Education, Science, Culture and Sport to meet with the head of the Legal Department of the Ministry in order to discuss their problem.” Young people say they have applied to the minister, but they have not received any response yet.

The issue of young scientists is one of the most important ones and they should not be left with nothing․ Besides, according to publications, Arayik Harutyunyan continues to have problems in the subdivisions of the ministry run by him and inside the CC party. 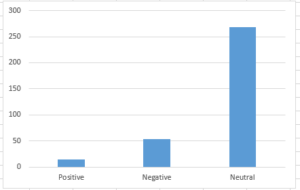