From 11 to 20 June, 2019, the “Media Advocate” initiative followed online media reports on the Member of the National Assembly Naira Zohrabyan’s personality and activities. 35 leading Armenian news agencies have been monitored.

In the specified period, 106 articles were declared, 6 of which were positive and 100 were neutral.

There is no negative article on Mrs. Zohrabyan during this ten-day period. Gor Goroyan, 22-year-old detainee, applied to the MP and asked her to act as a mediator for releasing him. Gor insists that he did not escape from the army and was ready to serve to his homeland. Ms. Zohrabyan has acted as a blood donor and has been engaged in social activities. In addition, the MP continues her fashionable photo sessions which receive positive feedback. 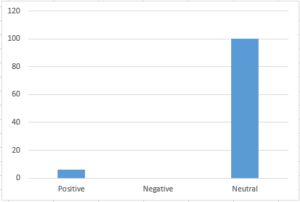