From 1 to 31 May, 2019, online media coverage of legal issues was in the spotlight of “Media Advocate” initiative. 35 leading news agencies have been monitored. The articles were selected through international analytical programs.

The articles that do not contain legal arguments and are not comprehensive are negative, the ones that include legal justification are positive and finally those with versatile coverage and containing information that does not favor any side are neutral.

Attention has been focused on the articles and topics that have received publicity or have been part of political processes.

During the specified period, 11978 articles were monitored.

Online media coverage of legal issues in Armenia remains biased. The news outlets have mostly adopted the policy of this or that political force and are guided by its principles. Robert Kocharyan’s status changed during the monitoring period. This event caused numerous discussions in the government camp, besides increased dissatisfaction among some of the public.

Prime Minister Pashinyan, in his turn, called for the blocking of the court entrances and demanded the resignation of the judges. According to many political forces and representatives of non-governmental organizations, this step was illegal, some even insisted that there was an overthrow of constitutional order. The call for blocking the courts entrances was even criticized by those human rights activists and organizations which supported the authorities during and after the change of power.

The trial of Manvel Grigoryan continues. This judicial process is constantly being postponed and obstacles arise as Manvel Grigoryan’s health condition is getting worse. Yesterday he was taken to Saint Gregory the Illuminator Medical Center in a precoma condition.

An information has been disseminated among media outlets and the public that the authorities uphold their supporters and implement selective punishment.

“Media Advocate” initiative calls on the media field to be impartial and not to become a part of political processes. We urge you to maintain journalistic professionalism and to present accurate and objective information to the public.

“Media Advocate” also calls on the authorities not to put pressure on the authorities, not to blackmail or use the PRIC SNCO as a “whip” and to intervene in the work of news agencies and at last to adopt a healthy approach to any kind of criticism. 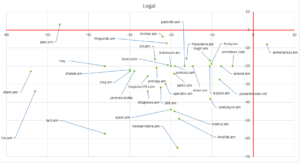