From 1 to 15 April, 2019, online media coverage of legal issues was in the spotlight of “Media Advocate” initiative. 34 leading news agencies have been monitored. The articles were selected through international analytical programs.

The articles that do not contain legal arguments and are not comprehensive are negative, the ones that include legal justification are positive and finally those with versatile coverage and containing information that does not favor any side are neutral.

Attention has been focused on the articles and topics that have received publicity or have been part of political processes.

During the specified period, 5422 articles were monitored.

Discussions of legal issues during this specified period were quite hot. The oppositional wing claims that Nikol Pashinyan is guided by personal revenge and is trying to suppress those politicians or business representatives towards whom he has a personal antipathy. An example of such pressure is the legal procedure against Mihran Poghosyan and the arrest of the “Spayka” company director. The pro-governmental wing in its turn notes that these are nothing but legal processes, and the government or the Prime Minister does not have to interfere in these affairs this or that way. “Sut Nikol” initiative’s coordinating staff opposed to the authorities’ claims and was also detained by the police. According to the members of the initiative, Pashinyan-Vanetsyan and Vanetsyan-Khachatryan wiretappings prove the opposite. The media field in its turn is concerned about the statement on “fakes” especially after the arrest of “Dukhov Hayastan” Facebook page owner․ These activities are mainly perceived as illegal. This issue was also raised by representatives of human rights organizations. 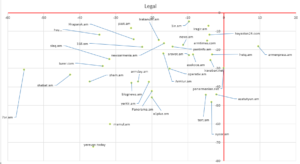 From 1 to 10 February, 2020, the “Media Advocate” initiative followed online
Hrayr Tamrazyan tried to justify CC Judge Vahe Grigoryan during an interview
Ahead of the start of the constitutional referendum campaign scheduled for April
“Media Advocate” Initiative was informed that the Special Investigative Service (SIS) has
Since January 1, 2020, the employment and service contracts of most of
Go to Top