From 11 to 20 March, 2019, the “Media Advocate” initiative followed online media reports on the third President of the Republic of Armenia, Serzh Sargsyan’s personality and activities.
34 leading Armenian news agencies have been monitored.
In the specified period, 549 articles were declared, 208 of which were negative, 59 were positive and 282 were neutral.
The interest in the third president’s personality and activities is maintained though, as in the previous months, he has been passive in the mentioned period as well; he has not delivered any public speech.
The negative articles are mostly not related to Serzh Sargsyan’s personality, but are with different emphases linked to people somehow associated with him. During the specified period, for example, the Head of the Environmental Protection Department of the State Control Service, Arman Davtyan was linked to Serzh Sargsyan’s name. 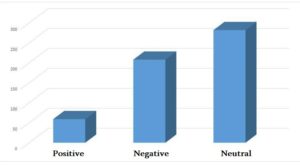