From 1 to 25 March, 2019, the “Media Advocate” initiative followed online media reports on the Member of the National Assembly of the Republic of Armenia, Lusine Badalyan’s personality and activities.

In the specified period, 118 articles were declared, 62 of which were negative, 3 were positive and 53 were neutral.

The results show that Lusine Badalyan’s activities were negatively assessed due to her irresponsible statements regarding the media. She was criticized by pro-governmental, neutral and oppositional news agencies.

The “Media Advocate” initiative calls on the media to make sure that despite the statements by politicians, the latter avoids personal insults, directed harassment and nonprofessional ethics.

The “Media Advocate” initiative demands from the government officials and politicians to refrain from labeling media agencies and journalists as well as violating the right of free speech.

P.S. In case of noticing violations and non-legitimate activities and having corresponding facts, we urge all the parties to apply to the “Media Advocate” or law enforcement agencies. 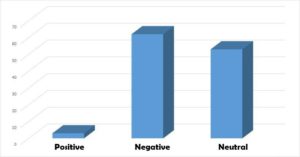